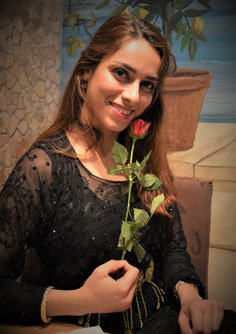 Avin’s musical journey started at the age of 14 at the Kurdistan institute of af music where she studied singing and Saz for five years both in classical and folk music.

After moving to Sweden in 2010 Avin continued her music with the different bands. She is now finishing her bachelor in Kurdish, Arabic, Turkish -classical and

traditional singing at the Academy of music and drama.

On bouzouki, Lafta, Flutes & Bagpipes. Thor have grown up in medieval and viking festivals around scandinavia. Since young age he was in contact with early and different kind of folk music. At age of 15 he discovered greek folk music. Shortly after became a member of a rebetiko band that also played in Greece. 13 years later he have recorded 7 albums in different folk genres, hired by the swedish embassy of Armenia for culture excange. And many other projects around Scandinavia.

Thor studied folk music at Skurups folkhögskola and have a bachelor in world music at the academy of Göteborg. He also did a internship in Panepistimio Makedonias in Thessaloniki, Greece 2017 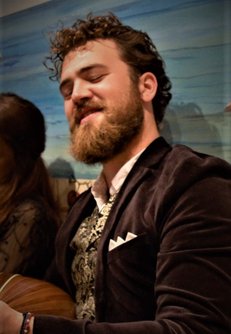 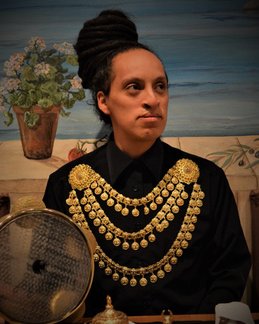 Tobias Karlehag is a percussionist based in Gothenburg.

Tobias is involved in different musical projects including everything

from traditional and new folkmusic to classical middle eastern music.

He studied hand percussion instruments such as doumbek, darbouka and riq in places as New Dehli and Istanbul.

Beyond field studies he also holds an exam at music conservatory for traditional Swedish folk music and a bachelor from Gothenburg, Academy of music and drama focused on middle eastern classical and folk music.

While studying classical music at the Fryderyk Chopin University in Warsaw she simultaneously pursued her career as an improviser and folk musician. She contined her studies in Gothenburg where she is currently studying at the world music department. In her playing she uses techniques and ideas from different musical backgrounds, showing the colours and possibilities of the clarinet as a tool of expression and a bridge between different styles.

She worked with several projects in Poland (Warsaw Sentimantal Orchestra, Wano Wjta, Warsaw Improvisers Orchestra) and Sweden ( Kompania Pergamos, Unihorns, Ahmad Al Khatib), recording several albums one of which received the Polish Radio award for the best folk album of the year in 2016. 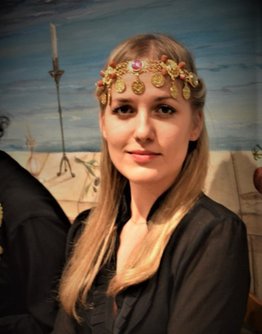 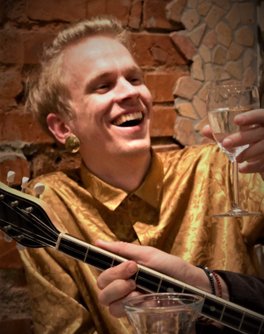 On double bass and electrical bass.

Viktor grew up in a family of classical music with a violinist father and three older sisters, all musicians. During high school he got in contact with jazz and improvised music. This led him on a new path and ultimately to the Academy of Music and Drama in Gothenburg where he studied bass for the internationally renowned bass player Anders Jormin.

During his time at the school, Viktor started to play in a wide array of genres, including folk music, baroque and and electrical music.